Can tea cups be used for coffee? Their important difference

In our life, we use a cup whether we drink tea or coffee. Many people like to drink tea from a teacup and use it to drink coffee at the same time. If there is a customer coming, we still use it like this, then it is not very good, not only is it bad manners, but also it is easy to make the cup more easily dirty. So we have to treat them differently. Tea cups and coffee cups are two different cups, one is used to brew tea and drink tea, and the other is used to brew coffee and drink coffee. The difference between them is mainly in terms of appearance. The light is low; the bottom of the teacup is shallow, the mouth of the cup is wider, and the light transmittance is also high. Relatively speaking, coffee cups are not suitable for making tea, because the shape is not suitable for the aroma of tea, and it is easy to contaminate the tea with coffee flavor; whether the cup can make coffee depends on the specific material. 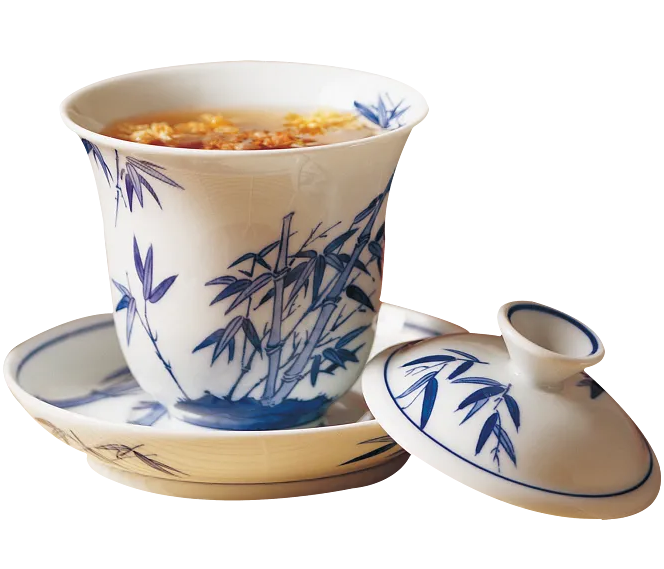 What is a teacup?

A teacup is a utensil for holding tea. Water comes from a teapot, poured into the teacup, and then served to the guests. Tea cups are divided into two sizes: small cups are mainly used for sipping oolong tea, also called tea cups, which are used in conjunction with smelling cups.

What is the handle of a teacup called?

The handle of the cup is called handle, grip, handle, handle. As early as the Longshan culture period, the cup has already been used, and it is still the standard modern minimalist style mug. Some wine vessels used for drinking during the Shang and Zhou dynasties also had handles. The lacquer ear cups of the Han Dynasty have ears, which are also equivalent to the function of the handle. Another type of cup with a handle, called 卮, is a wine vessel produced at the end of the Warring States Period.

The difference between coffee cup and tea cup:

When it comes to coffee mugs, some people like to use heavy-textured earthenware mugs for masculine, strong, dark-roasted coffee. However, most people still use ceramic cups to interpret the delicate aroma of coffee.

Most people who are new to coffee often confuse coffee cups and black tea cups when choosing a cup. Usually, in order to spread the aroma of black tea and facilitate the appreciation of the color of black tea, the bottom of the cup is shallow, the mouth of the cup is wider, and the light transmittance is higher. The coffee cup has a narrow mouth, thick material, and low light transmittance.

There are generally two types of coffee cups: ceramic cups and porcelain cups. The prevailing notion that coffee must be drunk hot. To match this concept, cup makers have developed ceramic cups with thermal insulation and bone china cups that are better than porcelain cups. Using this kind of bone china cup containing 25% animal bone meal, it is light in texture, strong in light transmission, soft in color, high in density and good in heat preservation, which can make the coffee lower in temperature more slowly in the cup. However, since the price of bone china cups is much more expensive than that of pottery cups and porcelain cups, it is rarely used by ordinary families, and can only be seen in more sophisticated coffee shops.

In addition, the color of the coffee cup is also very important.

The color of coffee is clear amber, so in order to express this characteristic of coffee, it is best to use a coffee cup with a white inside. Some manufacturers ignore this problem and paint the inside of the cup with various colors and even detailed patterns. This may improve the viewing of the cup when it is placed, but it is often difficult to distinguish the completion of the coffee brewing and the quality of the coffee by the color of the coffee.

Generally speaking, ceramic cups are suitable for deep roasting and rich coffee, while porcelain cups are suitable for lighter coffee. In addition, drinking Espresso generally use a special coffee cup below 100CC. When drinking a latte with a higher proportion of milk, a lady's coffee, etc., a mug without a cup holder is often used. In addition to the appearance of the cup, it also depends on whether it is easy to hold and whether the weight is appropriate. In terms of weight, it is better to use a lighter cup. Such a cup has a fine texture, which means that the raw materials for making the coffee cup are fine, so the cup surface is tight and the gap is small, and it is not easy for the coffee scale to adhere to the cup surface.

As for the cleaning of coffee cups. Generally, it is enough to rinse with water immediately after drinking coffee. The coffee scale on the surface of the coffee cup that has been used for a long time and has not been rinsed in time can be removed by soaking in lemon juice. If you can't clean it thoroughly, you can also clean it with a neutral dishwashing liquid on a sponge. But be sure not to use hard brushes. Do not use strong acid and alkali cleaning liquid, so as not to scratch the coffee cup.

1. What is the difference between a coffee cup and a tea cup

1). Tea cups: In order to spread the aroma of tea and facilitate the appreciation of the color of tea, tea cups generally have a lighter bottom, wider mouth and higher light transmittance.

2). Coffee cup: When brewing coffee, it is necessary to keep the coffee at a certain temperature in the cup, so compared with the tea cup, the coffee cup has a narrower mouth, thicker material and lower light transmittance.

2. Can the coffee cup make tea?

The coffee cup has been used for a long time, and the coffee flavor inside will be stronger. If you use it to make tea, you will not feel the unique flavor of the tea, and because the mouth of the coffee cup is narrow, it is difficult to make the tea fragrance spread better. Kaifei tea is not as good as a special teacup.

3. Can the teacup make coffee?

Look at the material of the teacup.

How to make coffee taste better?

The first thing to look at is how well the beans are roasted and ground. In addition, the choice of water temperature, water volume and coffee machine is also very important. If you want to brew good coffee, in addition to hardware facilities, you need to slowly think about the taste that suits you according to your own preferences. The more you use it, the better the taste will be.

What is 10oz coffee cups?

How big are the spice jars? How to choose?